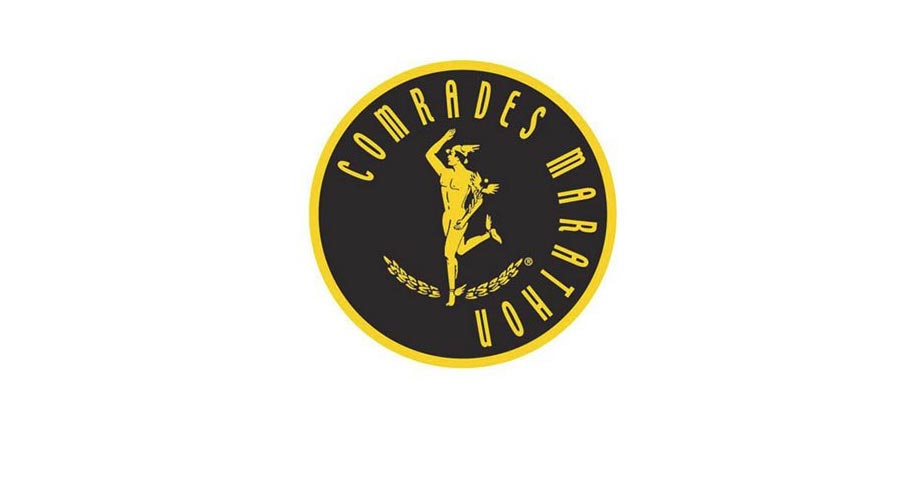 Comrades Marathon is the largest and oldest ultra marathon in the world, where athletes conquer the approx 90 kilometres between Pietermaritzburg, the capital of KwaZulu-Natal, and the coastal city of Durban. The direction of the race alternates each year between the “up” run (87 km) starting from Durban and the “down” run (89 km) starting from Pietermaritzburg. This year the race starts at Pietermaritzburg and our own SW Africa ‘s Product Manager – Peter Faber, will be running the race for the first time 🙂 Good luck Peter! 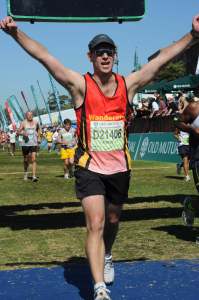 The first Comrades Marathon took place on 24th May 1921, Empire Day, starting outside the City Hall in Pietermaritzburg with 34 runners. The race was the idea of World War I veteran Vic Clapham, who wanted to commemorate the South African soldiers killed during the war. It has continued since then every year with the exception of the war years 1941-1945.

The Comrades Marathon is a non-profit organization, and this year supports 6 major charities, where various proceeds from the Marathon are distributed to these charities. The charities are Wildlands, The Sports Trust, Starfish Foundation, World Vision, Pink Drive and The Community Chest. The charities are dedicated to uplifting the various communities that they are involved with.

Comrades attract runners from all over the world to this beautiful part of South Africa (in 2011 there were over 1100 international runners that finished the race). And there is a lot to discover around the KwaZulu-Natal region flanked by the warm Indian Ocean and soaring peaks.

Dolphins and whales can often be seen from KZN’s golden beaches, and the subtropical climate makes this area popular for local as well as international tourists. The area is also a magnet for thrill-seekers in the great outdoors – from wave riders to hang-gliders, and golfers to mountain bikers. 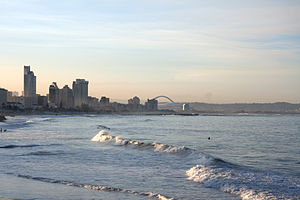 On the Elephant Coast, you will find great game reserves such as Hluhluwe and Falaza, they are well worth a visit. Why not combine a relaxing beach holiday with an African safari? Check out SW Africa’s Bush & Beach package here.

For those with an interest in history, a visit to Battlefields of yesteryear where Zulu, Boer and British now make pilgrimages of reconciliation is a must.KwaZulu-Natal is the home of the Zulu monarch, King Goodwill Zwelithini kaBhekuzulu. Although not holding any direct political power, the Zulu king is provided with a stipend by the government. He holds considerable influence among the more traditionalist Zulu people in the province.

KZN is also home to many people with Indian descents – Durban is the largest ‘Indian’ city outside India. Most Indians in South Africa are descendants of migrants from colonial India (South Asia) during late 19th-century through early 20th-century. Travelers from all over the world are attracted to the cultural diversity and excitement – in the most breathtaking setting imaginable.