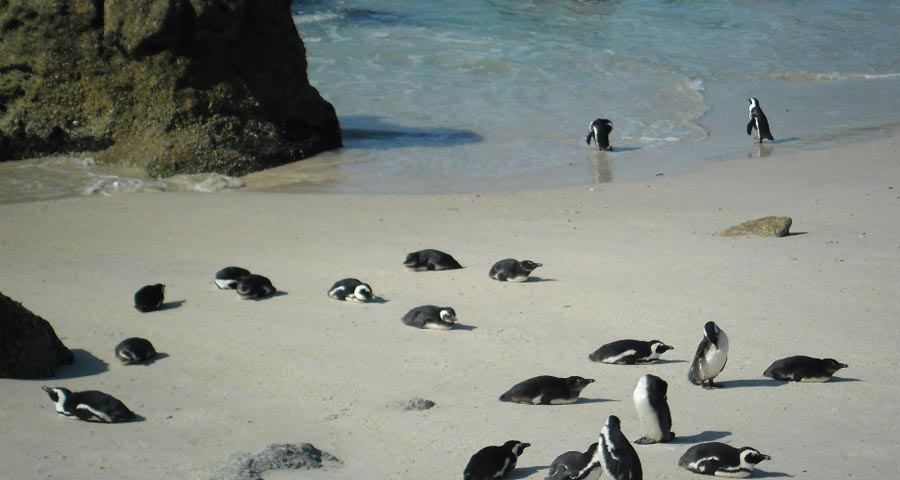 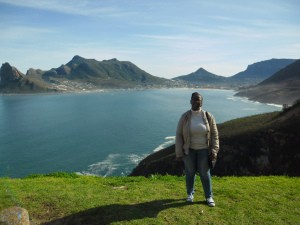 Our first stop was The Stony Point Eco Centre in Betty’s Bay which is the African Penguins’ breeding ground at Stony Point. It is one of only two shore-based breeding colonies in South Africa with the more famous breeding colony at the Boulders Beach near Simon’s Town. I actually saw more penguins at Stony Point than I did at Boulders Beach two days before. Our next stop was The Marine Hotel where about 40 exhibitors from the Cape Whale Coast region where show casing their products. It was a mix of guesthouses, activities operators (shark diving, quake biking, zip lining, biking, sand boarding, etc), wine estates and many more.

Each of the participants also had a site inspection of the The Marine Hotel. What an opulent hotel. Their spa offers 24k Gold Facials, a 24 karat gold skin indulgence. Opulence redefined!

After lunch we went on a site inspection of some of the properties before we were dropped of at our respective hotels. I was accommodated at Ocean Eleven Guest House in their deluxe room. Ocean Eleven Guest House was recently voted in the London Times as “One of the top 20 rooms with views in the world” I think they got the numbers wrong. It should be top 10. My unbiased opinion.

I freshened up and got ready for dinner.  We had starters at Misty Waves Boutique Hotel. Misty Waves Boutique Hotel has partnered local restaurant Lemon Butta Hermanus to run their in-house restaurant.  Next stop was at La Pentola restaurant who served the main course. *Holds right hand up* I have tasted the best mature prime cut beef fillet south of the Equator at La Pentola. Our final stop for the night was The Marine Hotel for a show stopping dessert. 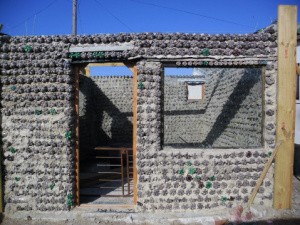 Our day started with a visit to Zwelihle township where Leanne from thephotowalkers.com together with two residence of Zwelihle took us on a tour of the township. They also showed us an amazing project where they are building homes made entirely out of 2 litre soft drink bottles filled with sand. Truly a humbling experience.

We headed to Creation Wines for paired wine tasting and canapés. Creation Wines is located along the Hermanus wine route.  We had a three course canapé wine paring. Those who do not consume alcohol had tea tasting instead. I experienced tea tasting for the first time. Rich aromatic teas served in wine glasses.

I spent the night at Whale Rock Luxury Lodge in their executive suite. This is an elegant and charming guest house situated across the road from the New Harbour where all whale watching charters board. 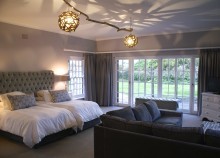 With soo many activities to do in and around the Cape Whale Coast, the region is certainly more than just whales.