Is Zimbabwe bouncing back to its position of Africa’s Paradise? 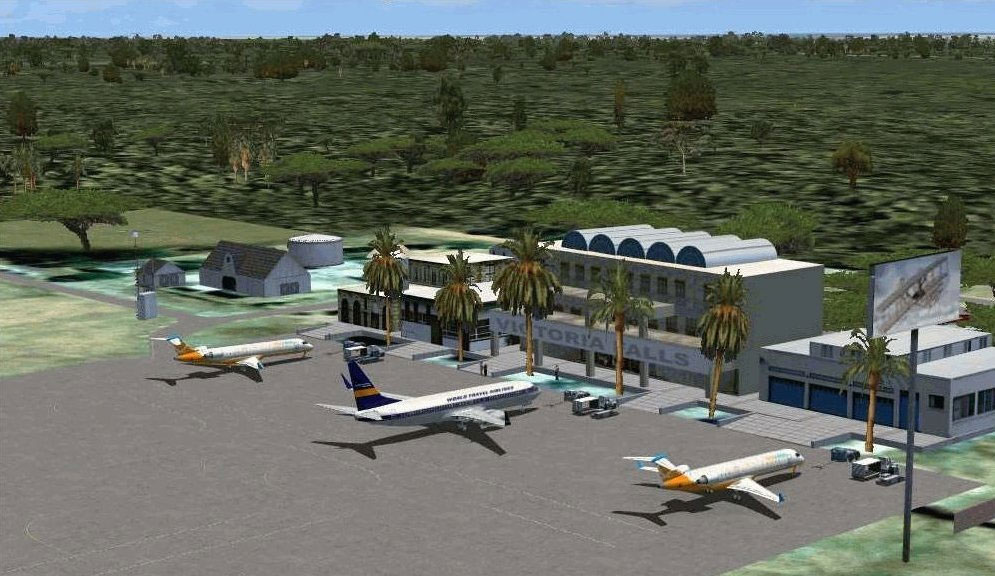 With the new $150 million international airports planned for Victoria Falls, 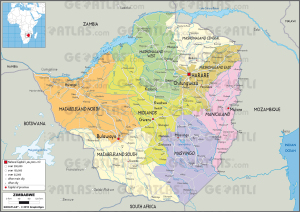 which will have an annual capacity of approximately 1.2 million international travellers and 500,000 domestic passengers…. one could be forgiven for believing that Zimbabwe is rising again to its position as a top tourist destination. The planned building of the new airport really shows that Zimbabwe is more than ready for the return of tourists. Is Zimbabwe becoming a regional hub perhaps?

Zimbabwe is situated in Southern Africa on the northern border of South Africa and also borders Mozambique, Zambia and Botswana. It lies between the Limpopo River and Zambezi River which both flow through Mozambique into the Indian Ocean.

This is a country that used to be called Africa’s Paradise, and now called a world of wonders… And with these major developments one starts to think, 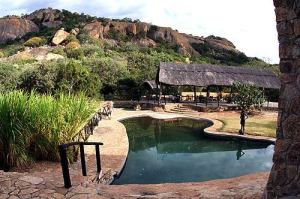 are they rising to their position as Africa’s Paradise or are they turning into a regional hub for Southern Africa, this is indeed a world of wonders…..

After attending the A’Sambeni Africa Business Expo – which was organized by The Zimbabwe Tourism Authority in conjunction with the Zimbabwe International Trade Fair Company – I have come to realize that Zimbabwe is not only about Victoria Falls, but has plenty to offer, from the huge boulders of the Matobo Hills to rolling hills of the Eastern Highlands, and large game parks full of all types of wildlife, of course not writing off Victoria Falls, one of the Seven Wonders of the World…. 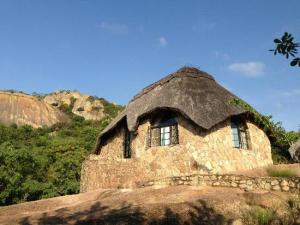 We started off in Bulawayo (the second largest city in Zimbabwe after the capital Harare), this is where the exhibition took place. We also did a city tour of the ‘’City of Kings’’ and visited the Bulawayo Natural History Museum. The Natural History Museum of Zimbabwe is one of the best in Southern Africa. It contains displays and collections of incredible diversity for casual visitors, students and researchers. The Museum offers its visitor a unique opportunity to discovery Zimbabwe’s past and present and to experience its cultural and natural heritage all under one roof.  It is also a renowned home of research, housing some of the largest collections and most extensive of Natural History in Africa.

During the exhibition, we did not stay in town (Bulawayo), but at Matobo Hills Lodge which is situated approximately 50km from Bulawayo within a private wildlife reserve bordering Matobo National Park. Matopos hill is an area of exquisite beauty, the lodge’s accommodation units are built upon a granite outcrop with sweeping panoramic views over the surrounding hills.

A note worth mentioning, it is important to note that the roads in Zimbabwe are in good condition but one can’t do a normal or usual speed of 100/120 km an hour, at most, it is an 80 km/h. Inside the park/reserve, the speed is also reduced, meaning as we may say the place is 50 km away from Bulawayo, it may take over an hour to get there.

Matobo National Park (A UNESCO Natural World Heritage Site) is also the site of the grave of Cecil John Rhodes. He is buried at the summit of Malindidzimu – “hill of benevolent spirits”. He referred to this hill as having a ‘View of the World’. 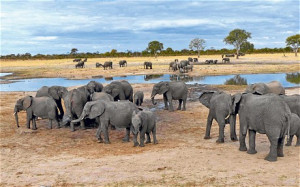 A short walk from the parking lot will lead the
the visitor to his grave, which is carved out of the solid granite hill and surrounded by a natural amphitheatre of massive boulders.

After the exhibition, we then continued by road to Hwange National Park. Hwange is Zimbabwe’s biggest national park occupying roughly 14,650 square kilometres and is often referred to as a home of the elephants, as you would see herds of them inside the park or while enjoying a game drive.

In fact, it has the biggest variety of animals from elephants, lions, buffalo, kudu, impala as well as plenty of birdlife. Various types of accommodation, ranging from tents to luxury safari camps is available inside the park.

We stayed just outside the borders of the Hwange National Park, at Hwange Safari Lodge. They have got a beautiful outside area/garden which can be used for lunches or drinks and there is waterhole right in front of the lodge, where you could spot game without even leaving your lodge. This Lodge caters for guests with diverse needs – from families, couples, singles,  and tour groups.

Like any other traveller would prefer, we also had to complete this tour and finish on a high, take some memories back home, we finished off in Victoria Falls. The locals called it Mosi-o-Tunya which translates “The smoke that thunders” because of its noise and water splashes. 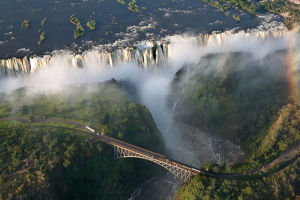 As we may all know, Victoria Falls is located on the Zambezi River, the fourth largest river in Africa, which is also defining the border between Zambia and Zimbabwe. It is one of the seven natural wonders of the world, as well as a UNESCO world heritage site.

You are always spoiled for choice here when it comes to activities, just to name a few, there is bungee jumping, helicopter flights, sunset cruises, canoeing, fishing, flying fox, walk with the lions, the list is endless. Same thing applies when it comes to the accommodation selection, depending on the budget or the location or the standard, there is always something for everyone…

We stayed at the newly refurbished Cresta Sprayview Hotel (well, it looked pretty new to me), situated just 1.4 km from the Victoria Falls Rain Forest entrance. It is a home away from home, rooms are spacious, they are like private villas, and you could also park your car if you are on self-drive, right in front of your suite/room.

So yeah, that’s how we spent that one full week’s programme in Zimbabwe, and that is not all, believe you me… Like I said, Zimbabwe has plenty to offer, there is still Great Zimbabwe, Mana Pools, Kariba Dam, The Eastern Highlands etc, which we would cover on the next blog on Zimbabwe, stay tuned and watch this space..!!