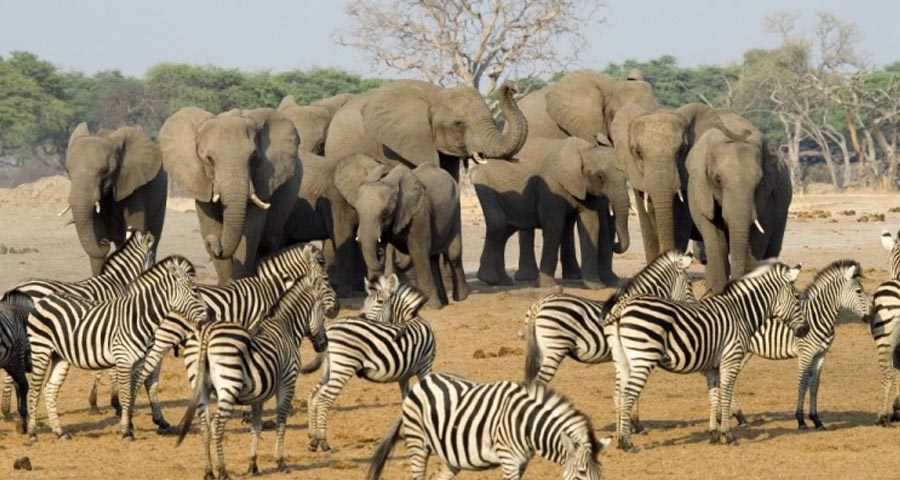 After touring Zimbabwe last month for the first time in four years, I can say with certainty that Zimbabwe is on it’s way back as a premier safari and activity destination. When I was last there in 2009 the country and its tourism industry seemed to be heading into a big black hole. The Zimbabweans themselves had no hope for the future. Hotels, lodges and restaurants were worn down and only just worked which meant that the tourists stayed away.

The spirit has changed completely! This is most likely due to the U.S. dollar reform which has got the inflation in order, as well as an at least partly accountable government; the people of Zimbabwe now believe in themselves and in their country. This is particularly evident in the top class service (with a smile) you receive as a tourist but also the fact that hotels etc have dared to invest in renovations and upgrades to world-class standards. 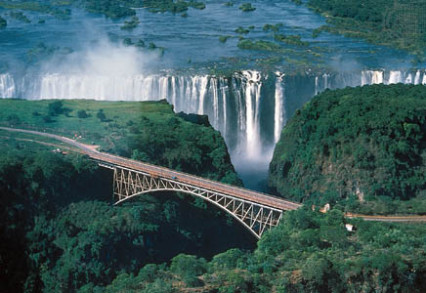 The tourists have also started to come back, albeit not yet in large quantities. You still feel that you are travelling on almost empty roads (like in the 60’s or 70’s) and in the national parks, you will probably not meet any other tourists during your tours. But hurry – the big tourist nations will soon find their way here again and it could become like in Kenya where you have to get into the queue of cars to see the lions. I compare Zimbabwe to Burma, which opened up its borders for tourism again in 2011, and now Burma is a big (maybe too big) destination. So do not wait too long to travel to Zimbabwe.

Victoria Falls is the obvious starting point for your tour of Zimbabwe. Vic Falls, as it is known, is frequented by several daily flights and needs to be included in your itinerary.

Here you will experience the mighty Victoria Falls; large, magnificent, outstanding are some of the adjectives that come to mind when describing the falls. The falls border to Zambia and are best viewed from the Zimbabwean side as you are viewing the falls from the fr 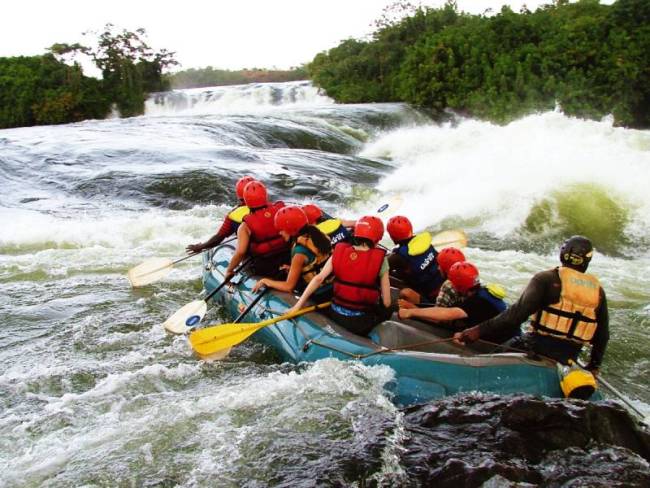 ont and not from the side, as you would from the Zambian side. Another advantage of staying on the Zimbabwean side of the falls is that there is no need to get vaccinated against yellow fever – which you are required to do if you stay on the Zambian side.

There are many things to do in Vic Falls such as Whitewater rafting for the adventurous. How about white water rafting? This is not for the faint-hearted but if you do have a sense of adventure, it is a really memorable experience. I have done it twice myself and could well imagine doing it again. The truly adventurous can try the bungy jumping from the bridge over the Zambezi River (not for me) or go on a slide from Zambia to the Zimbabwean side over the magnificent falls. For the not so adventurous I can recommend a helicopter ride over the falls, an elephant ride and/or a booze cruise on the Zambezi River. As the name implies, you idle leisurely up the river above the falls with a gin and tonic or the like in hand. You can also have dinner on a boat cruise as the sun is setting.

Victoria Falls also has an excellent 18 hole golf course with wildlife on and around the course. 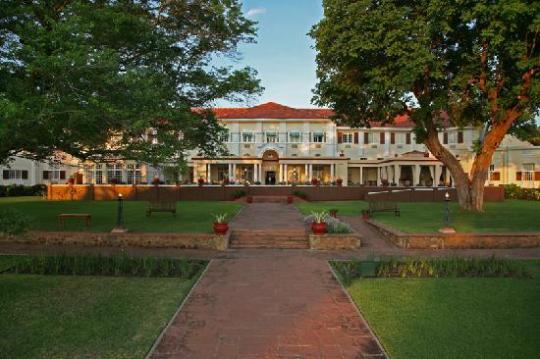 If you want to stay in style in Vic Falls you should try the classic Victoria Falls Hotel. The hotel was built in 1904 while the railroad and the bridge across the river were being completed. The hotel oozes colonial history with airy rooms, buzzing ceiling fans and afternoon tea with cucumber sandwiches and pink gin. The rooms are traditionally furnished with all amenities and the views of the river and the beautiful bridge are spectacular. However, if you book the Victoria Falls Hotel you should consider upgrading to a deluxe room as some of the standard rooms are quite small.

Other hotels I can recommend in Vic Falls include four-star rated Victoria Falls Safari Lodge which is located next to a waterhole. This hotel is rustic and very well maintained and offers The Boma, a buffet restaurant serving everything from a game such as a kudu or eland to mopane worms (tastes a little better than it sounds). 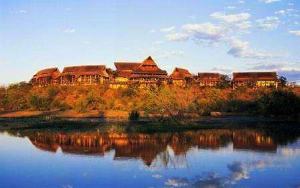 There are also some good three-star hotels. My two favourites are Ilala Lodge and A ‘Zambezi River Lodge. The latter has probably the best location directly on the Zambezi River with simple but perfectly OK rooms. Ilala Lodge is located right in the centre of Vic Falls and has newly renovated rooms.

After enjoying all the activities in Vic Falls it is time for a safari. Hwange National Park is about 2-2.5 hours drive from Vic Falls. You either book a transfer or you get on the regular express bus that takes you to the outside of Hwange National Park where you will be picked up by the lodge.

Hwange National Park is the largest park in Zimbabwe with an area of about 14,000 square kilometres. The park has one of the largest populations of elephants as well as large numbers of giraffe, zebra and all kinds of antelope. Felines can be a little harder to find, but with a little luck, you could spot them as well. 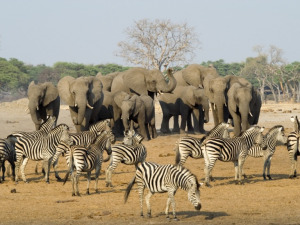 We stayed at Miombo Lodge just outside the park (all lodges except the park’s own very basic self-catering camps are located outside the park). Miombo Lodge is a small privately owned lodge with various types of accommodation to suit different tastes and budgets. You can choose the best which is the bridal suite; a giant tent with a Victorian bathtub, outdoor shower and a large terrace. If you want a little simpler and cheaper accommodation, go for the original rondavels. In between, there are also tents and tree houses to choose from. All meals, local drinks and safari is included in the rate. Safaris take place in open Land Rovers and they traverse both in the National Park as well as in the lodge’s own area. The best thing about these safaris is that you almost have the area for yourself.

After a few days of safari, we travelled back to Victoria Falls and drove about an hour west to the Zambezi National Park and Pioneer Camp down to the Zambezi River.

Here the river is a little quieter and all activities take place on or near the river. You can truly relax in the warmly decorated tents with all amenities. 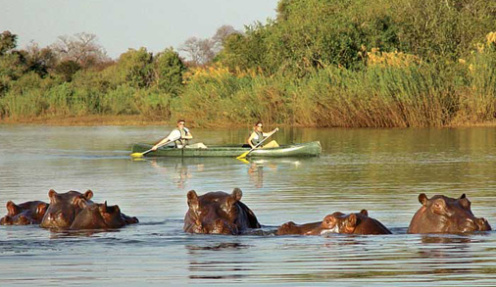 Just being here, sitting on the terrace and looking out over the river with all its wildlife and bird-life can be magnificent… If this is not enough you could go on a canoe trip with a guide on the river or try your luck at catching the famous fighting Tigerfish.

Zimbabwe has much more to offer; you could rent a houseboat on Lake Kariba for a few days or a week. You could visit Matobo National Park with its breathtaking nature. I will leave these parts of Zimbabwe for a future blog post.

All arrangements, hotels, etc. can be booked through SW Africa.